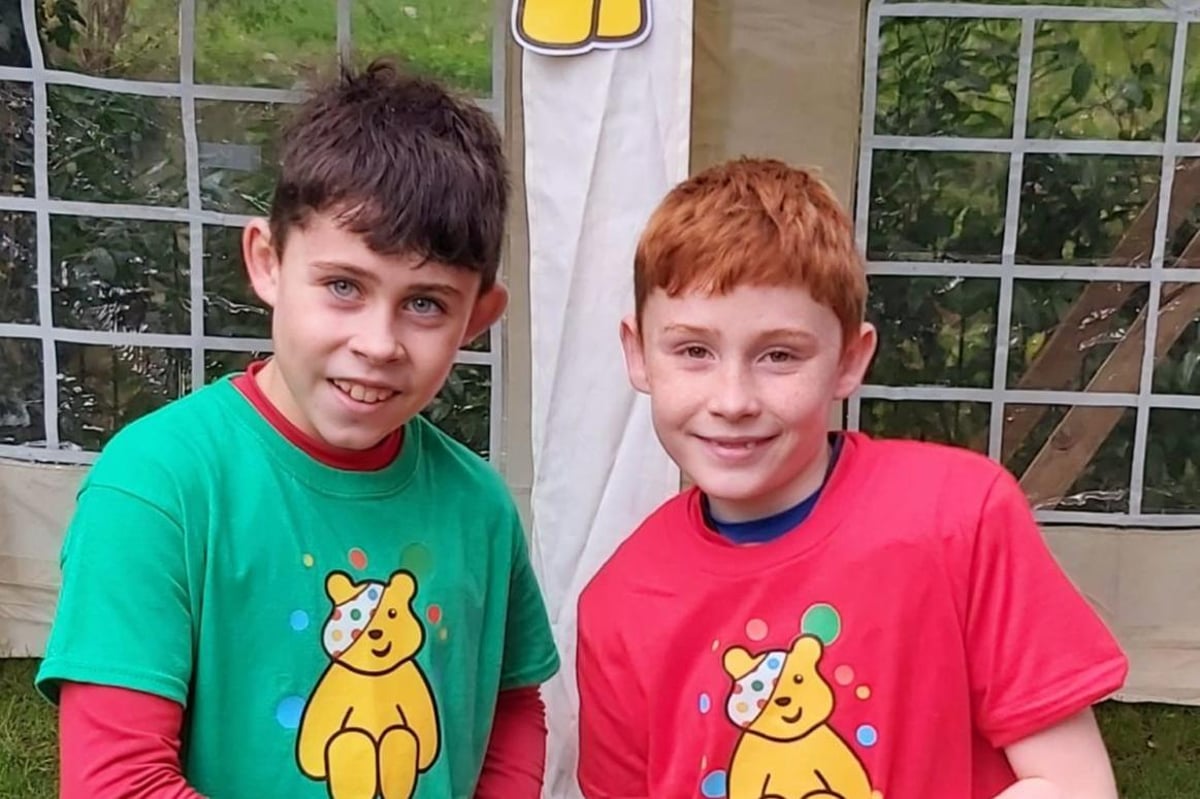 Winning weekend for the Wellingborough brothers in a judo competition

Brothers Harry, 11, and Archie, nine, won silver and bronze medals in an Amateur Judo Association competition on November 13 – less than 24 hours after completing a ball challenge five-hour rugby for children in need.

The two boys decided they wanted to raise money for the charity after seeing the rickshaw challenge pass through Wellingborough.

As passionate members of Wellingborough Rugby Club, they chose their own way of applying for sponsorship and decided to pass a rugby ball around.

Brothers Harry, 11, and Archie, nine years after completing their challenge

Mum Ellie said: ‘They wanted to go for 24 hours but at their age we thought that was too much.

“We had to trade them up to a more achievable five hours, which was still enough to be difficult for them, and they didn’t disappoint.

“We decided to make it a day, inviting people over to our house, where the boys were finishing their challenge in the garden, and we invited friends and family to support them.

“And they did it, five hours straight, only stopping for bathroom breaks, and they even insisted on adding that time at the end. We are so proud of them.

Harry and Archie have raised £605 via their Just Giving page and through Donations of the Day, smashing their original goal of £250, and the page is still open to anyone else who would like to donate.

But their weekend didn’t end there.

On Sunday November 13, less than 24 hours later, the boys traveled with their judo club, the Shudan Wellingborough Judo Club, to Erdington Academy, Birmingham, to fight in the BuYun Amateur Judo Association competition.

The boys fought hard, with Harry winning silver in his category and Archie winning bronze in his.

Their younger sister, Tabitha, however, is not outdone and wins the gold medal.

It was a great day for the Wellingborough-based judo club, with all 14 players winning medals.

A special mention goes to Ollie who won his first gold medal, winning all three fights with ippon in under nine seconds in total.

David won gold in his category, after watching his son, Oliver, win gold in his, and his daughter, Marlie, win silver in her first competition.

Mathew won gold, before his older brother Michael won silver, and also picked up some points for his second black belt Dan.

It was gold for Emil and silver for James in the under 25kg and under 22kg categories.

And finally silver for Tegan, bronze for Erin and Aoife in their first competition.

Head coach Dave Baldwin said: “It was a great day for Shudan. They’ve all trained so hard and it’s really starting to show.

“We are so proud of them all.”

Emil’s father, Yuri, said: “I think today was a very good day for a Shudan team.

“I would also like to mention that we have seen a significant improvement in training sessions over the past few weeks. All the coaches deserve a special thank you.”