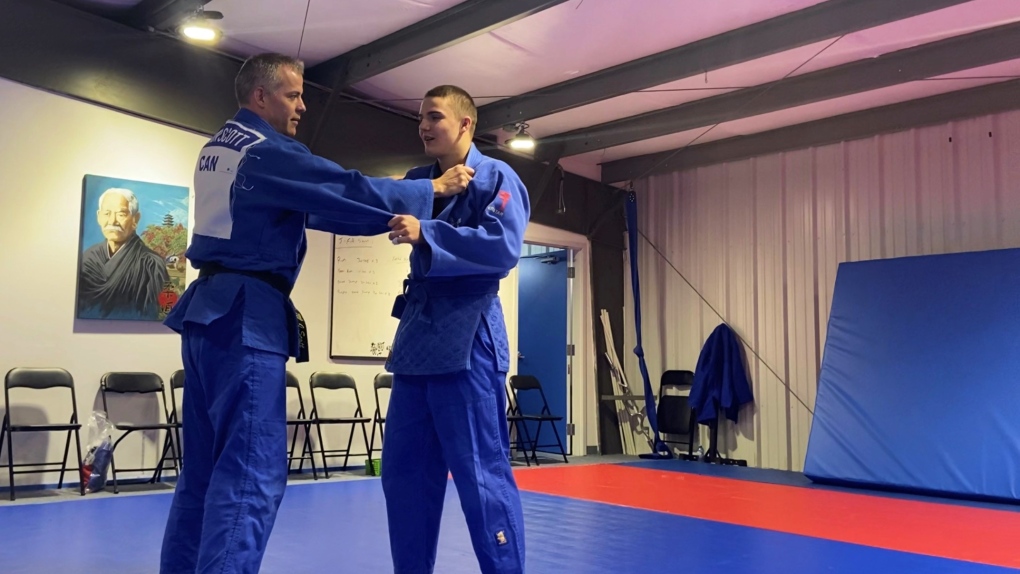 “You just grab somebody and throw,” Kaplin said. “It’s your job.”

The Kaplin family arrived in Canada last April. They fled the war in Ukraine to start a new life in Nova Scotia.

“I have food, I have a home, and I have everything,” Kaplin said.

Kaplin also possesses what his coach called world-class talent and ability in judo.

“He’s very good for a young athlete,” Jason Scott said. ” He is very strong. I see dynamism, strength and confidence.

When Kaplin arrived in Canada, he immediately started competing and the judo medals are piling up now.

The same goes for opportunities to compete for Nova Scotia on the national stage.

“He’s going to the Elite-8, which is the top eight people in Canada for his division,” Scott said. “If he wins it, he will go on a European tour for Canada.”

Kaplin has two main goals. One is long term.

“The Olympics is the best of the best,” Kaplin said.

In the short term, he hopes to join Team Nova Scotia at the upcoming 2023 Canada Winter Games.

“I would love to represent our little province,” Kaplin said.

His coach said Kaplin should easily qualify for the Canada Games.

“The only problem we have now is that you have to be a resident,” Scott said.

How much does he want to be part of the Canada Games experience?

Kaplin, happy to live in Nova Scotia, said he just wanted the opportunity to win a gold medal for his adopted province.

“A small-town guy, who can beat anybody,” Kaplin said.

A healthy and competitive attitude for a young man who is making a name for himself in the sport of judo, just seven months after escaping war in Ukraine.

2022-11-21
Previous Post: Mom’s learning curve with a teen
Next Post: Winning weekend for the Wellingborough brothers in a judo competition