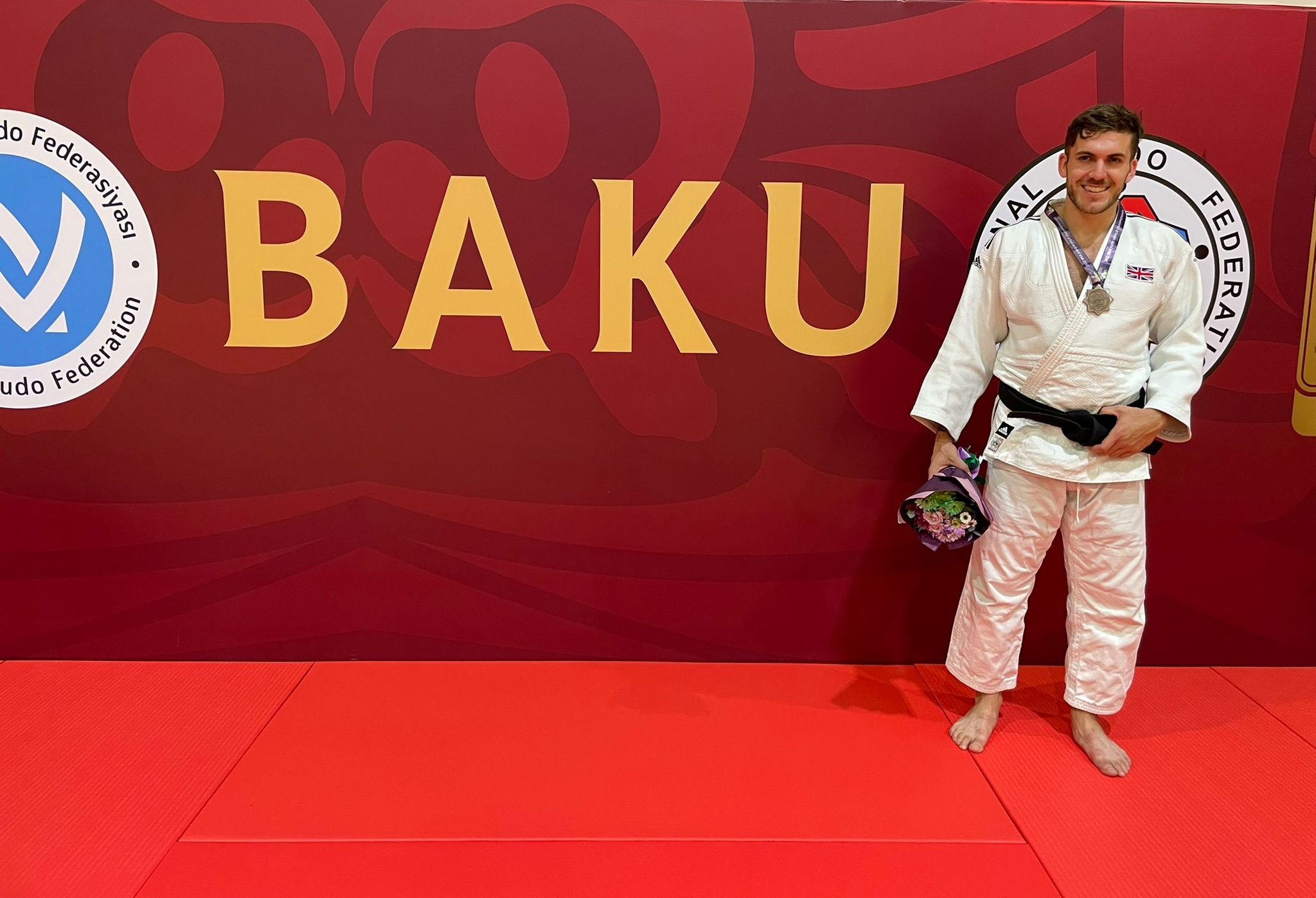 On the final day of the IBSA World Championships, two-time Paralympian Daniel Powell achieved the performance of his life by winning a silver medal in the J1 -90 kg category.

Powell, competing at his second world championships, had a first-round bye before beating Antonio-Tenorio Da-Silva (BRA) in the second round. Powell forced his opponent to tap after great work at newaza.

Powell followed that up with another fine job on the court to defeat Andre Watson (USA) in the quarter-finals and book his place in the semi-finals.

Powell recorded an early waza-ari against Valerio Teodori (ITA) before a throw for the ippon score secured him a place in the final against former Paralympic champion Cyril Jonard (FRA).

Jonard scored a waza-ari in the opening rally to take the early lead. Powell then went to the ground in an attempt to pin his opponent in an osaekomi, but was countered by Jonard who pinned him for a second waza-ari score.

The result saw Powell claim silver to record the best result of his judo career.

Tokyo 2020 -100 kg Paralympic Champion, Chris Skelley (JC Haltemprice) defeated Sergio Fernandes (BRA) in the quarter-finals after a first-round bye. Skelley took his opponent to the ground early and pinned him for 20 seconds to register an ippon score.

In the semi-finals, Skelley faced fellow Tokyo Paralympic Champion (-90kg) Vahid Nouri (IRI). Nouri recorded a waza-ari score at the start of the contest, before recording a second waza-ari score in the following rally to advance to the final. The result allowed Skelley to qualify for the bronze medal to face Aloviddin Jurakulov (UZB).

Skelley picked up two penalty shidos as the fight neared the end of the mandatory 4 minutes. With nothing in between, the contest entered Golden Score. As the clock passed the 7 minute mark, an attack by Skelley was countered for a waza-ari score.

Current in category J2 -90kg, Evan Molloy (Mark Burbridge; Devizes JC) faced Sharif Khalilov (UZB) in the second round after a first-round bye. Molloy dominated the contest and forced his opponent to pick up two shidos before picking up two of his later in the contest. With the score level after 4 minutes, the contest entered Golden Score.

In the quarter-final contest, Molloy received a hansoku-make in his contest against Marcelo Casanova (BRA) for grabbing the leg.

In the J2 category +70kg Kirsten Taylor (David Scobie; Tayside JC) had a first-round bye before being beaten by Sheyla-Samarian Hernandez-Estupinan (CUB) in the quarter-finals, meaning she advanced in the repechage.

Taylor battled Katie Davis (USA) for a spot in the bronze medal contest. As the contest approached the Golden Score, it was Davis who was able to register a waza-ari score and switched to osaekomi to register an ippon. The result saw Taylor finish in 7e square.

The opening day Connah Anders (Coach: Fitzroy Davies; Club: Hardy Spicer 83) was beaten in his first round against Harlly-Damiao Pereira-Arruda (BRA). The Brazilian judoka went to the ground early and pinned Anders, forcing him to tap.

2022-11-09
Previous Post: 400 MP players to participate
Next Post: Judo: Brazil and France won half of the gold medal on the second day