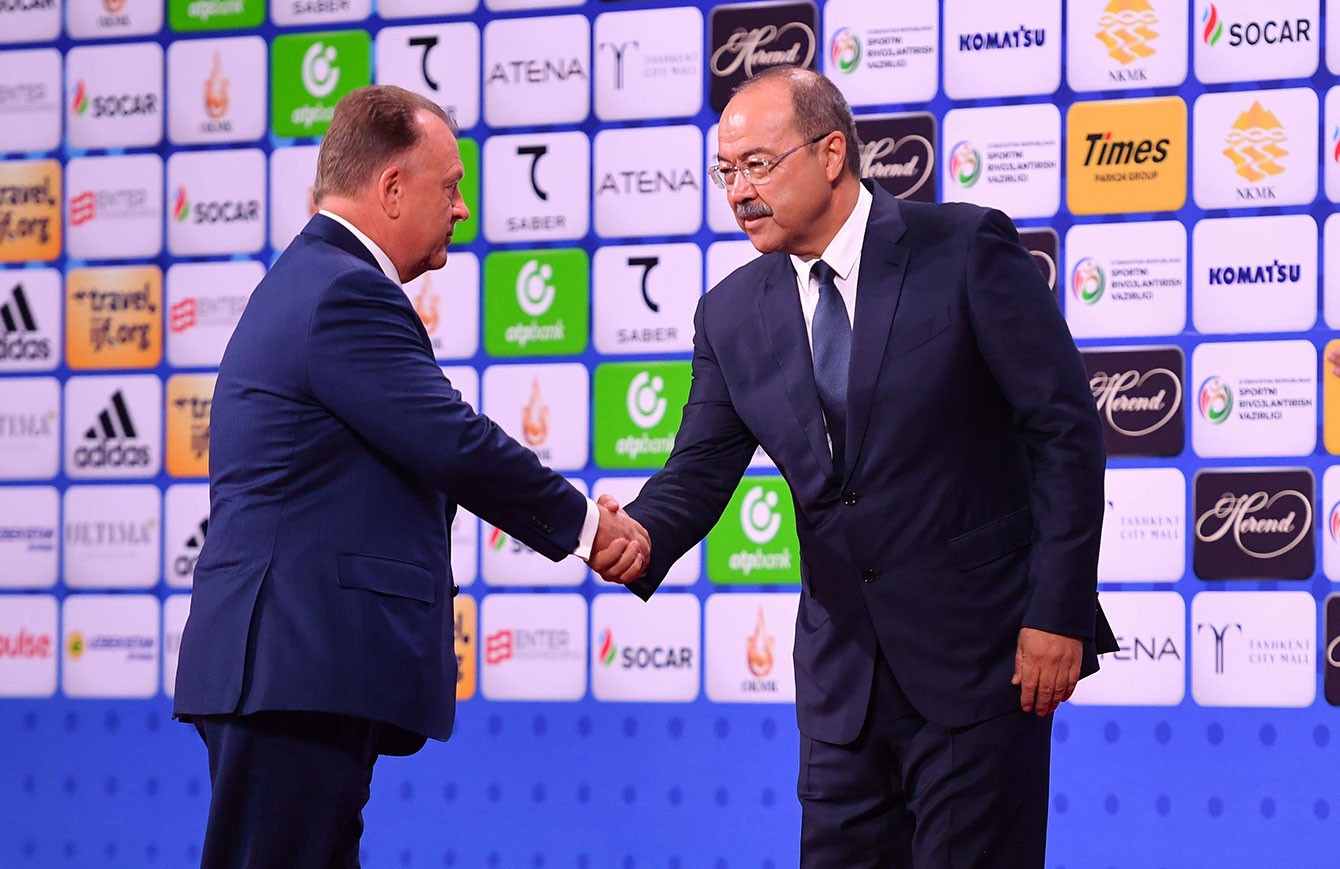 During his opening speech, Mr. Aripov said: “Distinguished guests, dear Mr. Marius Vizer, dear athletes, ladies and gentlemen. We are very happy to welcome you to this beautiful and incomparable city of Tashkent in Uzbekistan. These days, almost 600 athletes are under the leadership of the President of Uzbekistan, HE Shavkat Miromonovich Mirziyoyev, our country pays great attention to the development of sport.

Much work has been done to promote sport among young people. More and more schools practice judo and we have opened a judo academy. As a result, Uzbek judokas are successful in international events. In 2021 we organized the first Tashkent Grand Slam. It is a clear sign of peace and friendship. Under the initiative of President Vizer, we organized the first Judo Economic Forum, which connects economy and sport and was a great success. I want to congratulate you all and wish you much success. I declare the Tashkent 2022 World Judo Championships open!” 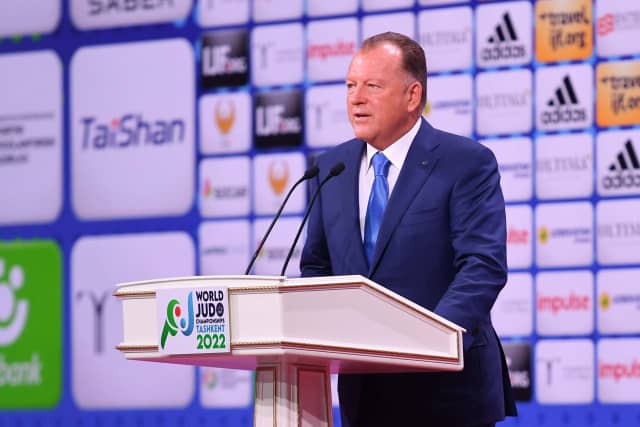 During the colorful opening ceremony, where local artists demonstrated the richness of Uzbek culture, Mr. Vizer also said: “Your Excellency, Mr. Prime Minister, distinguished representatives of the government and the city of Tashkent, dear guests, partners, media representatives, dear members of the Judo family, it is a great honor to be here for the first World Judo Championship ever held in the country. Uzbekistan has developed a lot, to offer reforms, including digitalization, culture, sports and health. 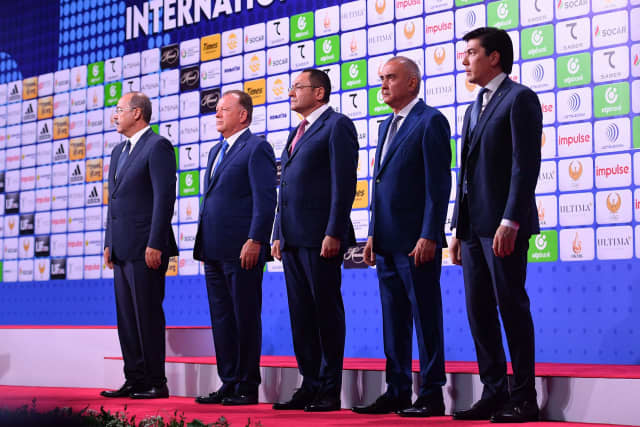 From left to right: HE Abdulla Nigmatovich Aripov, Prime Minister of Uzbekistan; Mr. Marius Vizer, President of the IJF; MD Adkhan Ikramov, Minister of Sports Development; Mr. Jakhongir Artikkhodjayev, Mayor of the city of Tashkent and Mr. Oybek Kasimov, Secretary General of the National Olympic Committee of the Republic of Uzbekistan

We also organized the first Judo Economic Forum. I want to thank the President of the country, the Prime Minister, the Minister of Sports, the city of Tashkent, the National Olympic Committee, the federation and all the volunteers. Through this event we promote the values ​​and traditions of Uzbekistan. We also deliver a great message, that of Uzbekistan being a great country, with many young people who bring peace, unity and friendship.” 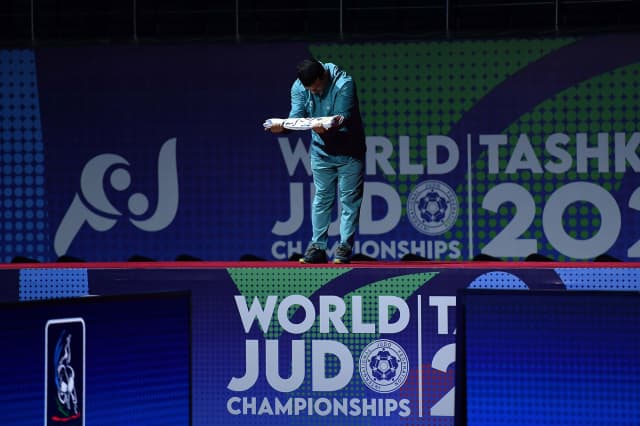 Rishod Sobirov, two-time world champion and Olympic medalist, entered the stadium with the flag to the cheers of the crowd

Just before the start of the ceremony, the Prime Minister met with the Minister of Sports Development, MD Adkhan Ikramov, the President of the Judo Federation of Uzbekistan, Mr. Azizjon Kamilov and the Secretary General of the National Olympic Committee, Mr. Oybek Kasimov, as well as as members of the IFJ Executive Committee. 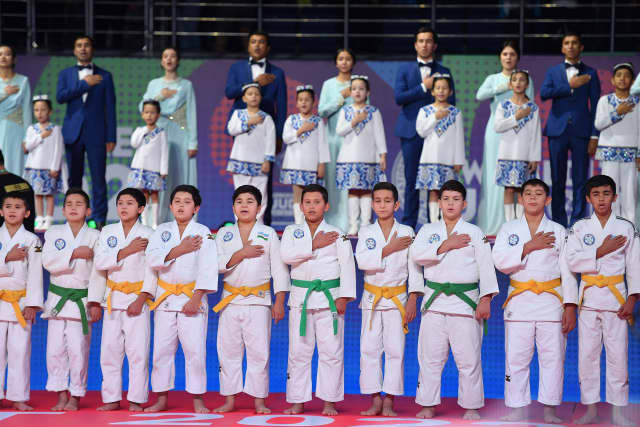 As the central cubic screen announced “Welcome to Uzbekistan”, an anonymous character appeared on the screen on a motorcycle slaloming between cars to arrive on time. He had a precious package, the IJF flag, which had to be delivered on time and he did! Rishod Sobirov, two-time world champion and Olympic medalist, entered the stadium with the flag to the cheers of the crowd. 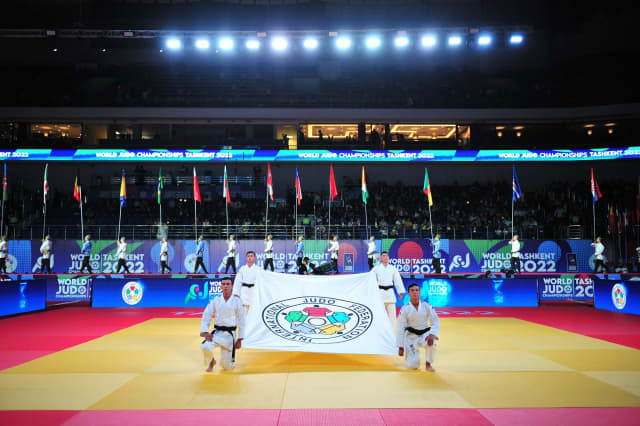 It was time for the parade of participating delegations. 82 participants dressed in national Uzbek clothes entered the venue, carrying national flags, with the IJF flag displayed on the tatami. After the official speeches, the national anthem of Uzbekistan and the IJF anthem were played and the cultural program was presented. 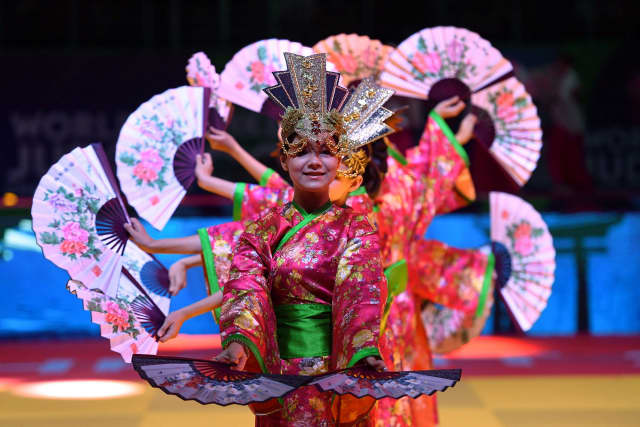 It was time for one of the most anticipated final blocks of the competition, with the women’s -63kg and men’s -81kg categories. None of the categories in action today disappointed the public. The Prime Minister of Uzbekistan, all the guests and the public were able to enjoy one of the most incredible finals in recent years, while the other offered the magnificent smile of the winner.

2022-10-09
Previous Post: Ariano, European MMA champion, says he is “really happy” to have given up judo
Next Post: Watch: UFC Hall of Famer Georges St-Pierre once took footwork lessons from Tae Kwon Do legend Raymond Daniels!