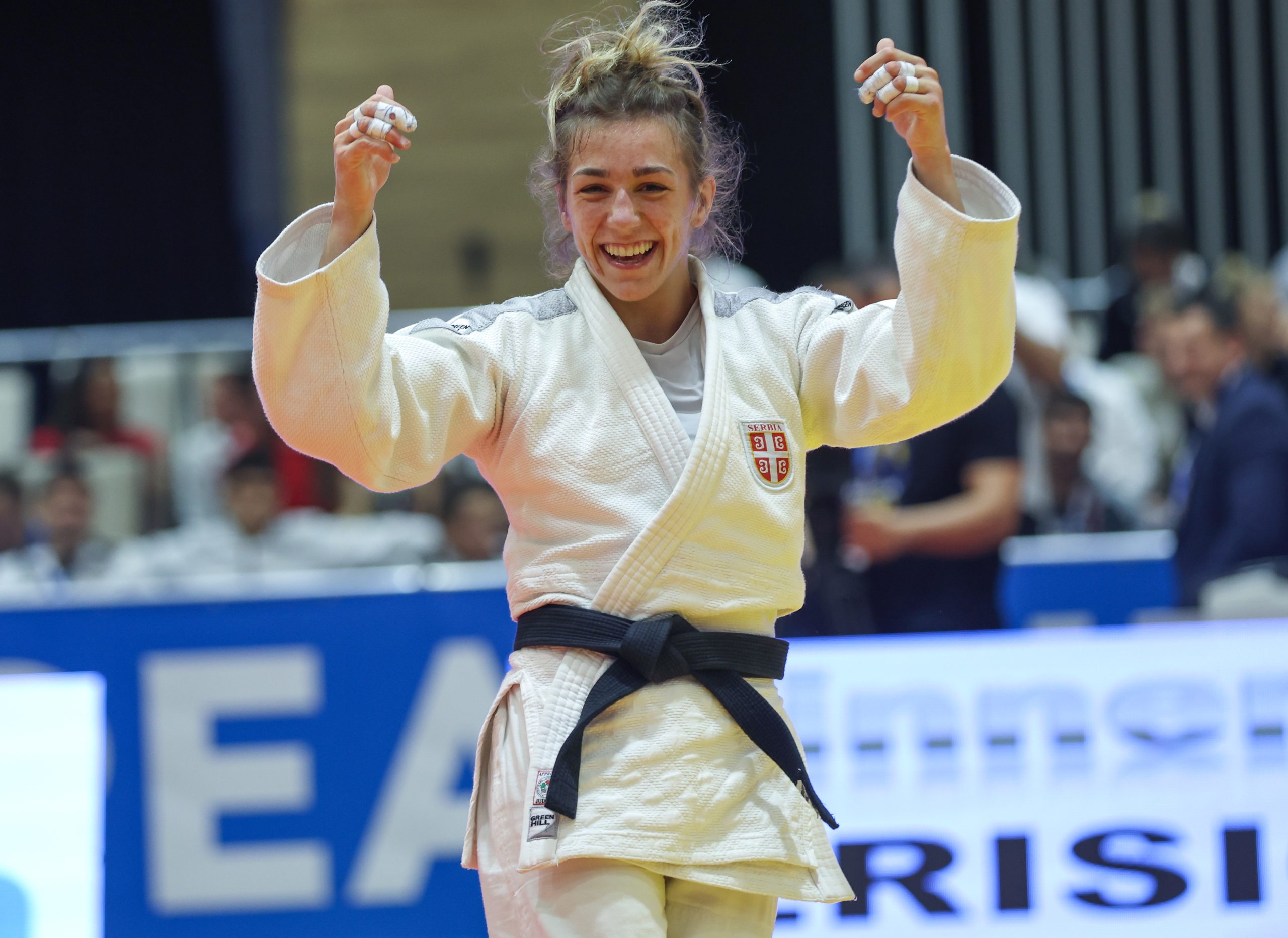 Seeded number one in the -57kg category, Marica PERISIC (SRB) truly dominated her category today, despite a bronze medal at the Grand Slam in Abu Dhabi, and no respite since the world championships seniors in Tashkent. It wasn’t necessarily an easy victory for her, but her experience set her apart from her peers at U23 level.

Perisic already has the 2020 junior title which was held in Porec, Croatia after the pandemic break and then later in the week placed third at U23 level.

To be honest, I feel amazing, it was a long day and I really wanted the gold medal, so when I saw the opportunity, I took it. I just felt like I couldn’t lose this one. In fact, three and a half long weeks have passed since the world championships, then Abu Dhabi and now I’m here but I was struggling to keep up the momentum, I thought to myself just one more. I just learned today that we have a squad for the Champions League but I will absolutely rest for a few days after that.

His final against Hasret BOZKURT (TUR) was a great head-to-head and a worthy final. The two picked up two shidos in regulation time, but the grueling head-to-head slipped to the golden score and it took the Abu Dhabi Grand Slam bronze medalist 51 seconds to launch her opponent for ippon with seoi swims. She kept her composure as she watched the referee for confirmation that she had in fact scored, and was thrilled to know she would win the U23 title to go along with her junior gold medal.

When I won the junior title, a few days after winning bronze in U23, then last year I lost my first round. This is my release year and I really wanted to complete my collection. I was in a strange emotional state and needed this medal to confirm something to me. I changed cities, changed clubs and I wanted to make sure I made the right decision.

I am now at the Red Star Judo Club in Belgrade, I am super happy and the opportunities keep coming and the results are already showing. I only moved because I needed to improve, I just felt that in my last city I had reached my limit and I needed something more, new. I couldn’t be happier about it.

…and now for the senior title.