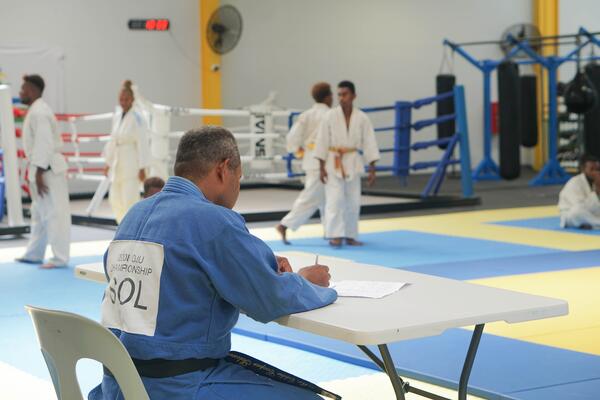 “This is a big step towards building a new generation of competitive players,” said judo president Eddie Cooper.

The Solomon Islands Judo Federation successfully held its first Open Trials at the Solomon Islands National Institute of Sport – SINIS for team selection to advance to the High Performance Training Standard of the institute.

This is the second step after signing the memorandum of understanding (MOU) with SINIS.

From the Trials, a selection will be made by the Federation and SINIS Technical Support for those athletes selected to undergo the Initial High Performance Athlete Induction.

“This is a big step towards building a new generation of competitive players,” said judo president Eddie Cooper.

He said his executive is pleased with the support and expects to earn even more by accessing programs and services.

Judo is an unarmed combat system and is often considered a modern form of Japanese martial art.

At the 57th General Session of the International Olympic Committee, held in Rome on August 22, 1960, the members of the IOC formally decided to include judo among the events contested at the Olympic Games. The proposal, presented to the session by the Japanese delegation, was well received by all participants.

Judo has been contested at the Pacific Games since 1969 when it was first included in the third South Pacific Games held in Port Moresby, PNG.

The objective of competitive judo is to throw an opponent, immobilize them with a pin, or force an opponent into submission with a joint lock or choke.

Disclaimer: Solomon Times Online may edit or delete your comment and cannot guarantee that all submissions will be published or remain online. The comments expressed on these pages are those of the authors and do not necessarily reflect the official policy or position of Solomon Times Online.