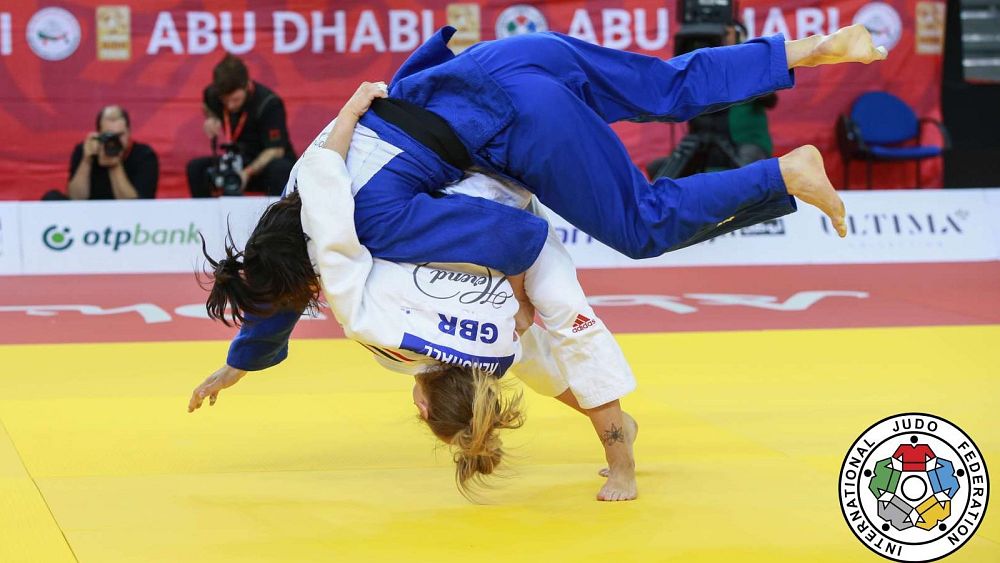 Judo for peace in Abu Dhabi

On the second day of the Abu Dhabi Grand Slam, a vital Judo for Peace project was observed.

Twenty-one young Jewish and Muslim judokas from Israel aged between twelve and seventeen traveled to Abu Dhabi to show their friendship and inclusion. An initiative to continue the relationship between the United Arab Emirates and Israel and display the values ​​of judo.

At -63kg, Britain’s Lucy Renshall rode through her preliminaries with fine judo throughout the day scoring in each of her contests on her way to the final.

HE Suhail Alareefi, Executive Director of the Events Sector of the Abu Dhabi Sports Council, presented the medals.

“_I love it here, I got my first junior world championship medal here, I got a bronze medal here, then two Grand Slam medals before this one, so yeah, it’s happening something good here._”, a delighted Lucy Renshall said. .

In the -73 kg category, the stylish Swiss judoka Nils Stump showed his quality judo all day long. Throw all his opponents using the same technique, sasae-tsuri-komi-ashi.

In the final, Stump faced Italian Giovanni Esposito and won the gold medal for Switzerland in spectacular fashion; it was also his first gold medal at the World Judo Tour! A big day for him.

The -73 kg medals were presented by Mr. Oybek Kasimov, Secretary General of the NOC of Uzbekistan.

At -70kg, Greece’s Elisavet Teltsidou had a fantastic morning as she fought her way to a final against Belgium’s Gabriella Willems whom she defeated in a tactical win.

Frenchman Nicolas Chilard won the gold medal at -81kg against Spain’s Jose Maria Mendiola Izquieta with an impressive submission from a clever choke.

Nugzar Tatalashvili, an amazing local hero o-soto-gari, unique to the UAE, was our moment of the day and drove the stadium wild! An incredible technique that inspired the crowd and the young judokas who attended.

After another incredible day, the future of judo is bright in Abu Dhabi!