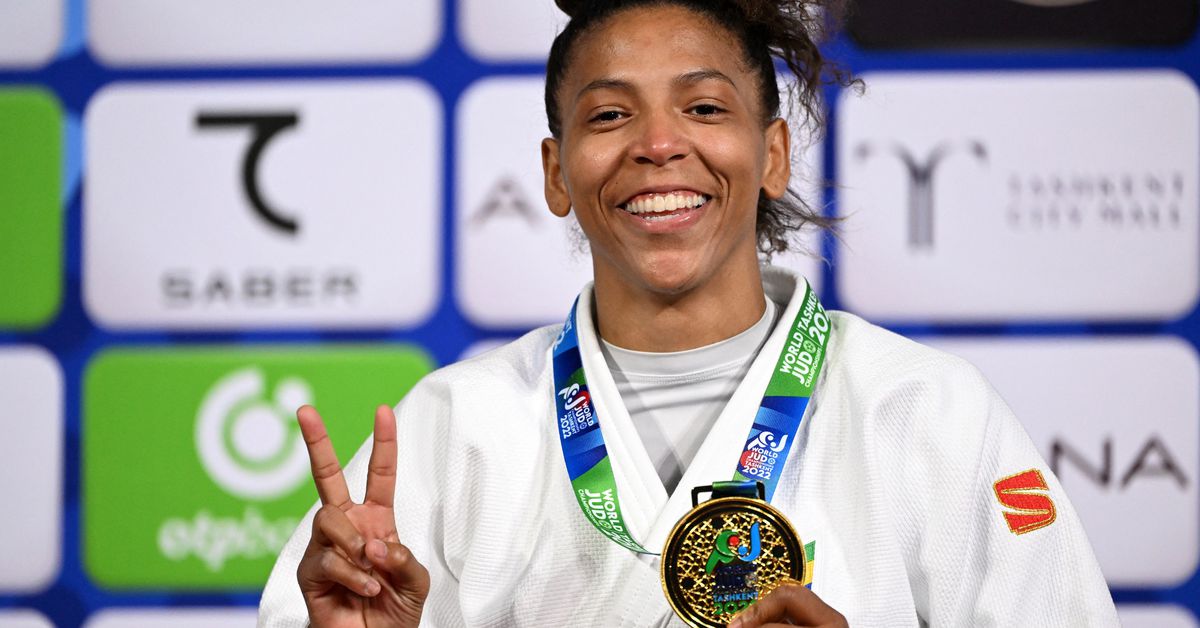 The world judo championships ended on Wednesday, but many in the sport are still abuzz over a story of redemption.

Brazilian judoka Rafaela Silva, who returns after a two-year suspension for doping, won her first world title in nine years. A classic waza-hiri performed against three-time world junior champion Haruka Funakubo of Japan with 35 seconds left in the 57kg final was the difference.

“After all these years I got it back,” Silva said after the game. “I couldn’t be at the Olympics so this victory gives me confidence to be in Paris in 2024.”

A doping suspension after winning the Pan American Games in 2019 prevented Silva from competing at the Tokyo Games. The substance in question was fenoterol, an asthma medication. Silva said his exposure to the drug was due to frequent contact with a friend’s baby with asthma. She appealed to the Court of Arbitration for Sport, which upheld the suspension in December 2020.

The suspension deprived Silva of the chance to defend the Olympic championship she won in her hometown at the 2016 Olympics in Rio. She considered leaving the sport to pursue a career in mixed martial arts.

Amid appeals, suspension and the COVID crisis, Silva, who came out publicly as a lesbian after winning gold in Rio in 2016, has found support and strength in her growing relationship with her compatriot. judoka Eleudis Valentine. They began dating six months before his suspension in 2019 before getting married in October 2020.

As the world championships approached, few observers saw Silva as a gold medal contender. In response, the World and Olympic champion picked up an impressive four wins to earn his chance against Funakubo.

Japan’s emerging talent was aggressive throughout the final game and at one point came close to scoring the first points. With 90 seconds left in regulation time, Funakubo blocked Silva in an Osaekomi. If she held the pin for 10 seconds or more, Funakubo would score. Silva broke free at nine seconds and regained control of the game to set up the winning shot less than a minute later.

At the end of the match, Silva ran over to his coach Andrea Berti, and they met in an embrace that was a mixture of smiles and tears. It was a fitting outing after two years without competition and nearly a decade since winning the World Championship.

The emotion was reflected thousands of miles away with a happy spouse watching in Brazil.

“Thank you for not giving up, and I never tire of saying how much I admire you,” Valentim said, via Instagram. “I will always be there by your side in pain and joy, no matter what time we are living.”