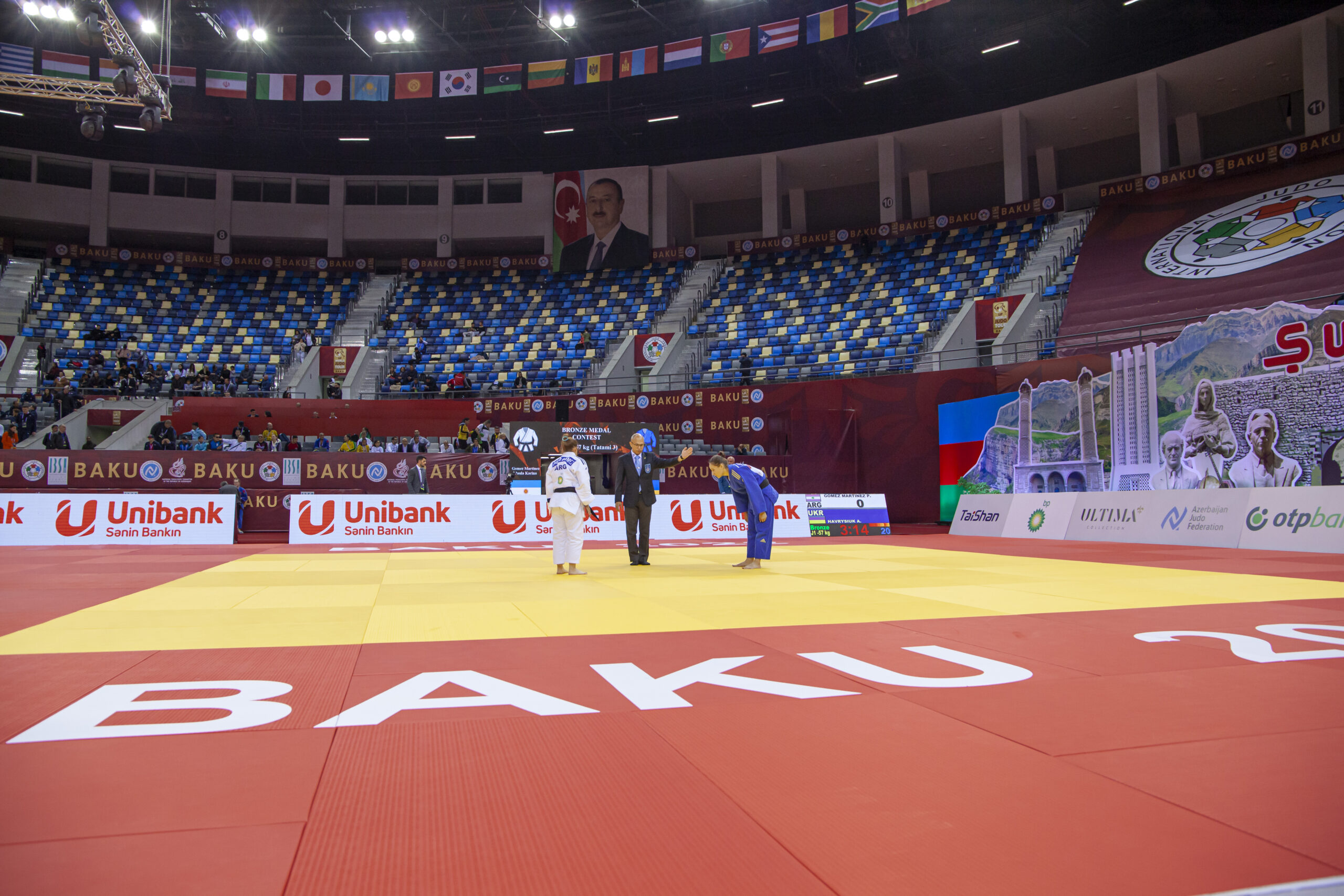 Judo: Brazil and France won half of the gold medal on the second day

The second day of the 2022 IBSA World Judo Championships in Baku, Azerbaijan ended with the individual competitions for the men’s and women’s heavyweight categories.

Brazil and France, each with two world champions, took half the gold from the pot which was set aside for the final day.

In the first final, J1 -70 kg women, the Mongolian Turuunaa Lkhaijav was beaten by the Turkish Esmer Taskin by ippon.

The next gold medal match brought down a well-known family judoka: 46-year-old blind and deaf Frenchman Cyril Jonard won the world title in the J1 -90kg category against Britain’s Daniel Powell. It was one of the most emotional moments of the competition. Before the end of the fight but after the ippon, Cyril just jumped over the tatami as if it were a swimming pool, in a first celebration of the exploit. In the same category, the two bronze medals were Brazilian.

Brazilian Alana Maldonado (J2 -70kg), world champion and Paralympic, suffered to get the better of Turkey’s Raziye Ulucam. It was only three minutes and 10 seconds into the golden score period that brought the ippon, which confirmed his second consecutive world title. Alana’s judo was amazing, and she has high hopes for Paris 2024.

Helios Latchoumanaya of France was the next known world champion. The final was against Georgian Zviad Gogotchuri, and it was the second time the Heydar Aliyev Arena had heard “La Marseillaise”, the French national anthem.

The victory of the Brazilian Wilians Araújo was also very emotional. He fought against Ilham Zakiyev of Azerbaijan – at home – and there were tears at the end of all missions. In fact, there was a simple reason for the “samba” in the room: the world championship in Baku is the best para judo competition ever organized in terms of results. See the list of medals: two gold medals, two silver medals and six bronze medals. No other country, among the 41 participants in the tournament, has done better.

The last final was a fight between two Iranians, so gold always went to Tehran anyway. Vahid Nouri emerged victorious ahead of his compatriot Mohammadreza Kheirollahzadeh.

The World Championships end this Thursday, with the men’s and women’s team competition starting at 7:00 a.m. CET (10:00 a.m. local time). Follow all the action live on the IBSA YouTube channel.