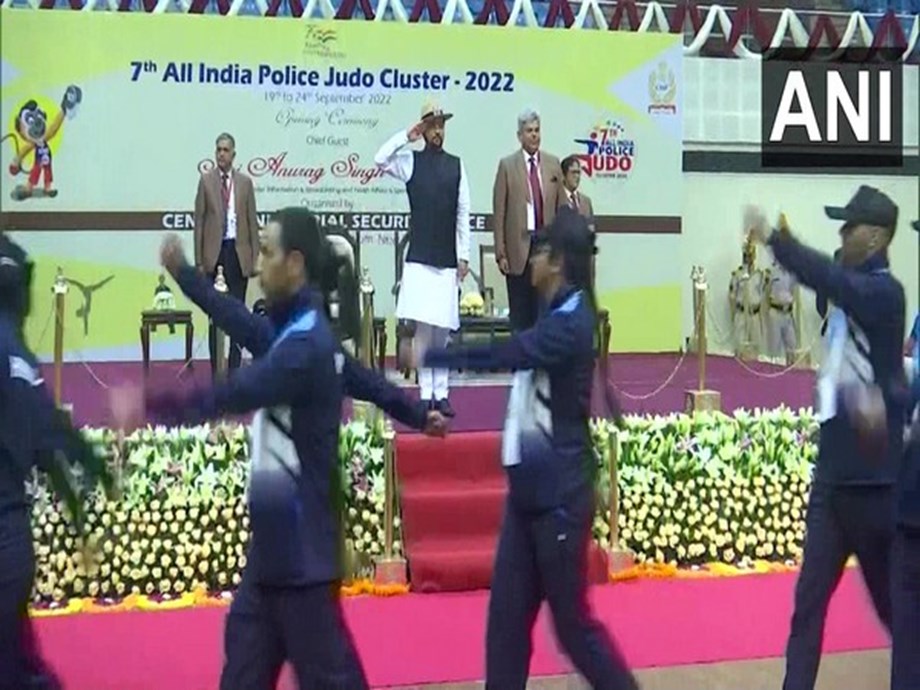 Inclusion of karate, fencing and pencak silat in All India Judo Cluster will give chances to more players: Anurag Thakur

Union Sports Minister Anurag Thakur has said that for the first time ever, karate, fencing and pencak silat players will have the chance to represent their states in the 7th All India Judo Cluster. The 7th Opening Ceremony of the All India Judo Cluster was held on Monday. Thakur was also part of the ceremony.

“For the first time, 3 other sports including Karate, Fencing and Pencak Silat have also been included in this championship, which I welcome. It will give opportunities to more players,” Thakur said during the ceremony. He said that previously only sports like judo, taekwondo, gymnastics and wushu were part of the championship.

The event is organized by Central Industrial Security Force (CISF). The six-day event will be staged between September 19-24 here in the nation’s capital in which seven games including judo, wushu, taekwondo, pencak silat, karate, gymnastics and fencing will be staged. . “The CISF is organizing the 7th All India Police Judo Cluster-2022 from 19th to 24th September 2022 at Indira Gandhi Sports Complex, New Delhi,” CISF Inspector General (Administration) Udayan Banerjee said during a press briefing more early September 16.

This year, Penkak Silat, Fencing and Wushu are included for the first time in the Cluster. 41 teams with approximately 1,500 sportsmen from the Central Police Force and the State Police will take part in the championship. At least 168 CISF athletes (97 men and 71 women) will participate in the Cluster.

The Closing Ceremony of the Cluster will be organized on September 24 with the presence of Archana Ramasundaram, Member, Lokpal of India, as guest of honour. Banerjee also said that every effort will be made by the CISF to promote the sports associated with the Judo Cluster among the youth of our country.

(This story has not been edited by the Devdiscourse team and is auto-generated from a syndicated feed.)