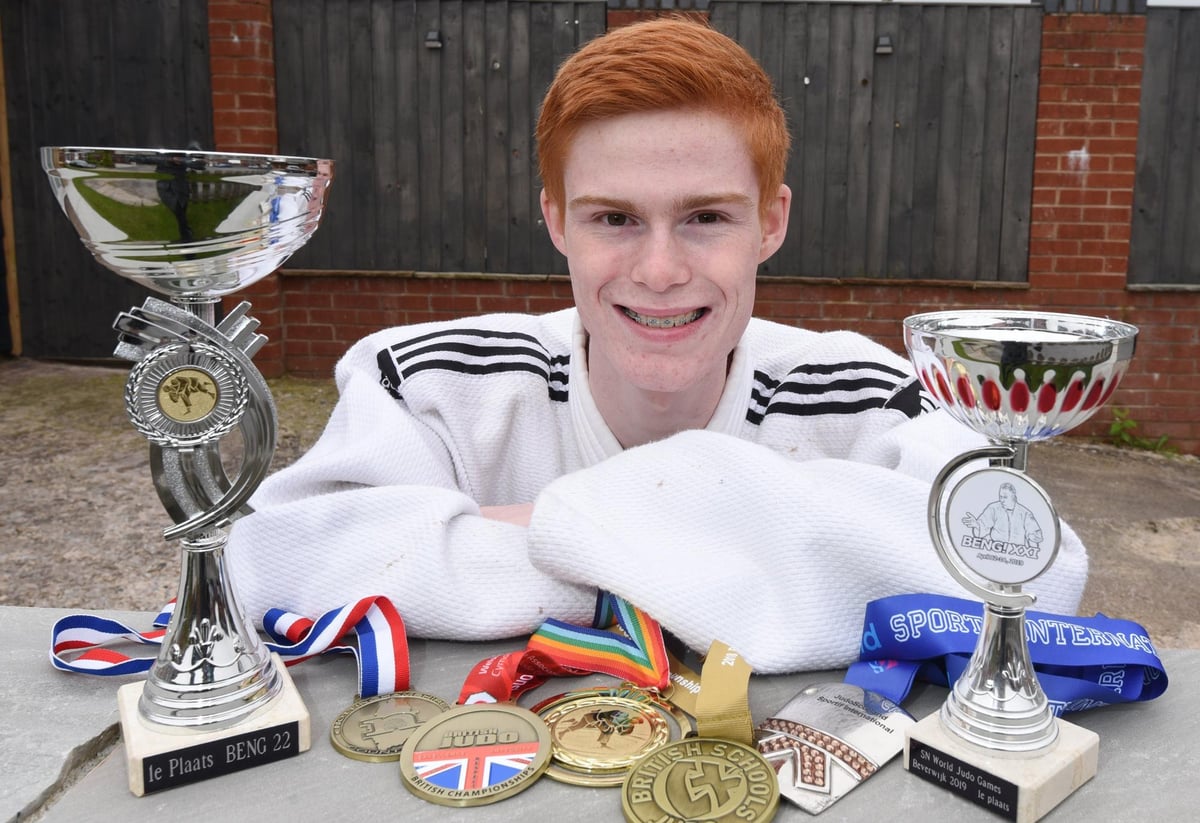 Joshuha Hodkinson, 18, who was diagnosed with Asperger’s five years ago, was inspired to return to the sport after losing a ‘difficult’ battle with her sister Chloe, 17, and will now compete in Virtus Ocenia Asia Games 2022 next month in Brisbane. .

The sporting event, which will take place from November 5-11, is an international multi-sport competition for elite athletes with intellectual disabilities.

Participating in various competitions, Joshuha kicked his Asperger’s to rise through the ranks of judo, reaping many rewards along the way.

Joshuha Hodkinson, 18, from Coppull, who has Asperger’s Syndrome, has been selected to represent the UK at the Virtus Oceania Asia Games, an international multi-sport competition for elite athletes with intellectual disabilities, next month in Brisbane

He said: “I started at Trowbridge Budokwai in 2012 when my dad encouraged me to start a sport as my sister Chloe and I fought at a nearby hill called White Horse and she beat me!

“So a few weeks later I started judo and I haven’t stopped.

“I have competed countless times, some notable titles I have had are, Ben van der Eng (BENG) Adaptive World Judo Games champion three years in a row.

Joshua is excited to compete next month

“Judo allows me to forget everything that happened in the day and allows me to clear my mind by focusing on judo.

“I love learning new techniques and trying them out when we do randori – from sparring to judo.”

Joshuha competing at the Gothenburg Open in 2018

When not training for upcoming competitions at SKK Judo Club with coach Peter Blood, the former Southlands High School student also works at the Duce Accountants Firm in Chorley.

Joshuha, who also trains at Beach Judokwai under coach Joe Burns, added: “I am very happy to be officially competing for Great Britain for the first time and to be able to have the opportunity to represent my countries internationally.

“I would like to thank Peter Blood who is my coach at SKK and Kerry Tansey who has organized monthly national training sessions at the Walsall Center of Excellence allowing us to train with experienced judokas – people who practice judo like bronze medal Paralympian Ben Quilter and others.

In the Adaptive British competition in 2019

Athletic talent clearly runs in the family, as his sister Chloe Baker is also an avid judoka and she recently earned her black belt.

She was also one of the youngest to compete in the junior category at the European Judo Cup in May.

From fighting on a hill to collecting numerous awards, the rest, as they say, is – judo!

A GofundMe page for the team has been set up to help fund the great UK Adaptive Judo team that will compete at future International Judo Championships.