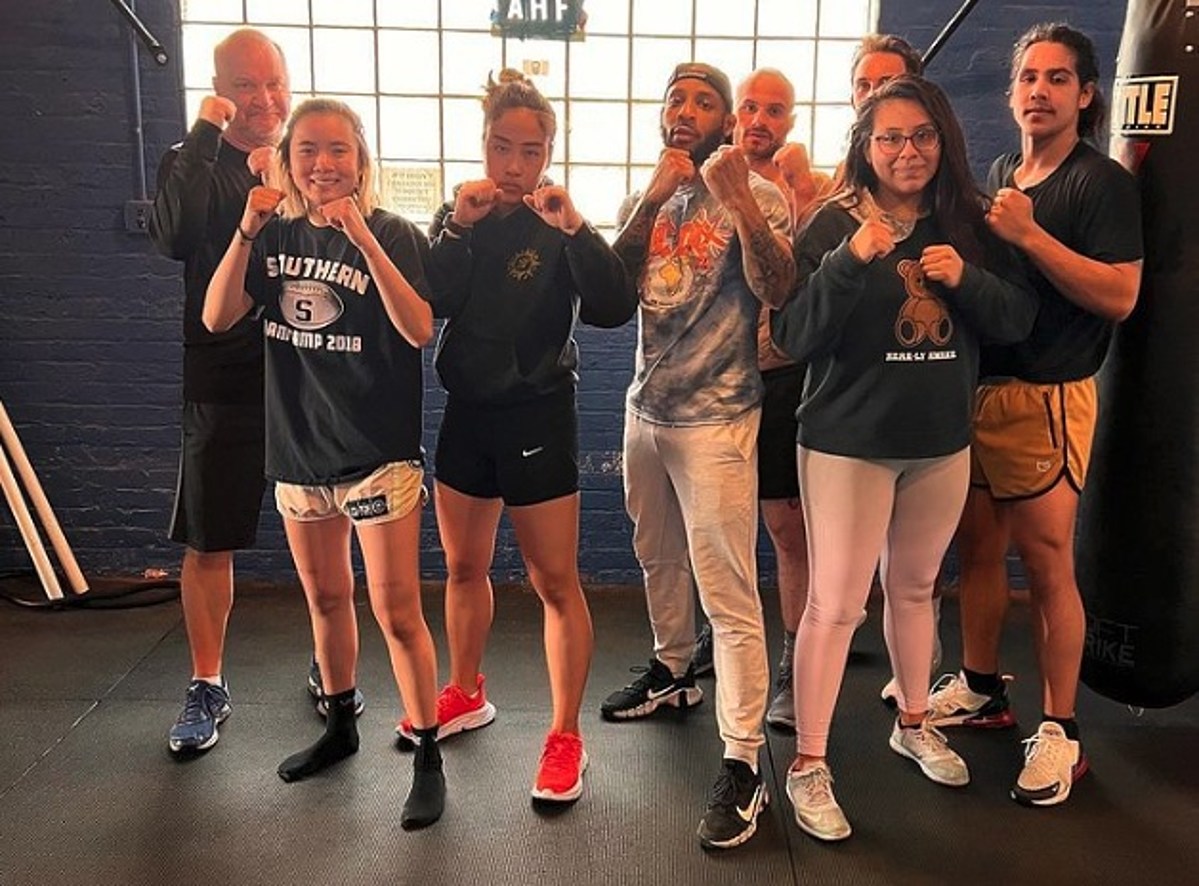 Boxing classes teach more than just how to train

Dwayne “DJ” Holman Jr. describes himself as a “true Montclairian”.

The 34-year-old professional boxer grew up in Montclair, attending Watchung School and Buzz Aldrin Middle School (known at the time as Mt. Hebron) and graduated from Montclair High School in 2006.

And when he started training his clients one-on-one in boxing, finding a gym space to use only made sense in one location – Montclair.

Holman started boxing at the age of 5, but without a boxing gym in town, he traveled to train in Passaic. With each fight, the announcer would shout his name and say he was fighting for Passaic, which always ruffled him the wrong way.

But Holman, also a wrestler from a young age, had no plans to train people privately.

He had worked at Starbucks on Church Street since high school and was happy with his benefits and salary. But the store’s neighbors and customers kept pestering him, constantly asking him why he didn’t consider training people.

Holman fought in both amateur and professional matches as an adult. In March, he won the International Sport Karate Association North American World Champion Belt. If he wins his next fight, which will likely be in February, he will receive an Ultimate Fighting Championship contract.

A man came to Holman one day, said he heard he was a professional fighter and thought he was training people. He asked what Holman’s going rate was; Holman got no response. As he stood there trying to come up with an answer, the man offered to pay $600 up front, to train twice a week. Holman agreed.

Not having a gym of his own, he relied on the gym in the client’s apartment. As the training began, other people began to notice him.

“Two clients turned into three, three to four, and it just kept growing,” he said.

Holman started helping Mike Smith, owner of AHF Performance Training in Montclair, run a gym at 33 Greenwood Ave. Smith had worked with other coaches before, but none seemed to stick around like Holman. Smith invited Holman to be his partner.

It was now up to Holman to rebrand, advertise and run the gym. He named it Spidey’s House, a nod to his love for Spiderman – he has a full tattoo of the character on his leg sleeve – but also to his late uncle and godfather, Kerry Rivera.

Rivera, a firefighter with the Paterson Fire Department, was Holman’s first boxing trainer, introducing him to the world of combat. He was a die-hard Spiderman fan, which led to Holman’s fascination and being nicknamed Spider. Rivera died in 2017 in an ATV accident.

When it opened in 2021, the gym only offered private workouts, due to the COVID-19 pandemic. In April, the gym also began offering group classes – kickboxing, cardio kickboxing, boxing, cardio boxing, strength and conditioning, and self-defense.

And while the classes are good training, they also teach clients about self-defense.

“We live in a crazy world these days, and sometimes you have to be ready for anything,” he said. “I want people to come and get in shape, but I also want people to know that, God forbid, if anything happens, you’ll have this in your back pocket to say okay, this is going to bring me back to home at night.”

“Part of it is building the cardio and building the conditioning aspect and the strength and the muscles and all that, but the other part is helping you build confidence,” he said. “It also teaches you to coexist with other people, to be friendly and to just be a sportsman.”

Holman said he’s “lucky” to have good clients at Spidey’s House, people who understand when he needs to reschedule a training session.

But that rarely happens, as he sticks to a tight schedule.

Although Holman could spend all of his time working at Spidey’s House, it’s not financially possible at this point, he said. So, by day, he’s a special education teacher’s aide at Spectrum Academy 360.

But before and after the school day, he trains clients, teaches group classes, and squeezes time to do his own workouts.

And he also finds time to spend with his two sons, aged 12 and 4. Fortunately, his eldest son is a gym rat and has been with him since before he could walk, Holman said. And his youngest son accepts everything his eldest son does.

Despite all of his jobs — maintaining a gym, coaching private clients, working as a teacher, training for his next fight — Holman is taking some time to breathe. On Saturdays, he does not go to the gymnasium and does not have to go to his teaching post. It’s his day off, his day to spend time with his family in Montclair.