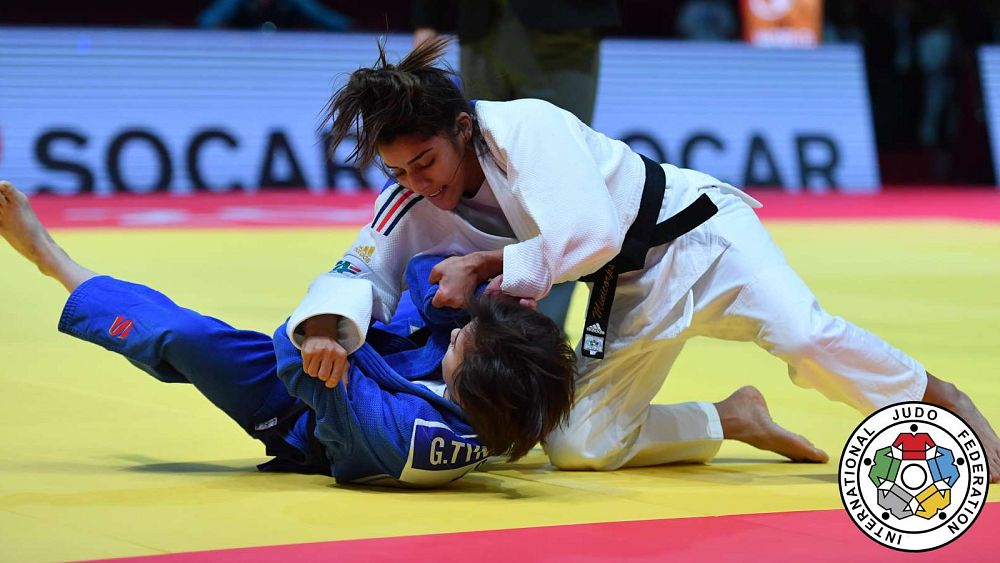 The first day of the Baku 2022 Judo Grand Slam competition was cause for celebration, as Azerbaijan celebrates 50 years since the establishment of its judo federation.

A spectacular opening ceremony was opened by Mr. Farid Gayibov, Minister of Youth and Sports of the Republic of Azerbaijan, Dr. Laszlo Toth, IJF Vice-President, and Rovshan Rustamov, Vice-President of the Azerbaijan Judo Federation.

At -48kg, Italy’s Milani took on French European Champion Shirine Boukli – in what turned out to be a short-lived competition.

A powerful drive-thru hip throw scored Ippon in the opening 30 seconds and gave France their first medal of the tournament.

Mr. Farid Gayibov, Minister of Youth and Sports of the Republic of Azerbaijan, was present to hand over the medals.

The medals were presented by Mr. Madat Guliyev, Minister of Defense Industry of the Republic of Azerbaijan

The 2019 world champion Christa Deguchi is back to her best level, at -57 kg. She received the gold medal from the hands of Mr. Florin Daniel Lascau, Director of Chief Referees of the IJF.

The crowd had reason to rejoice as their country’s gold medal was bolstered by two fantastic bronze medals for home hero Orkhan Safarov, who scored Ippon with a moment of brilliance.

To top it all off, Karamat Huseynov performed a thunderous Ippon – showing how Azerbaijan has become one of the strongest and most passionate judo nations in the world.